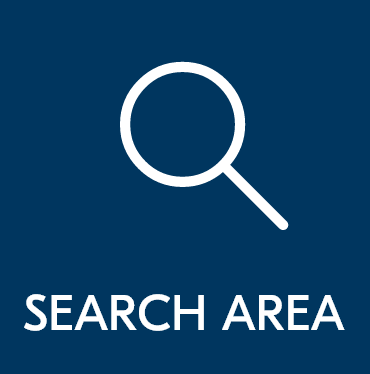 Salford’s growth has seen it become one of the most sought-after office locations for business in the northwest.

It is home to dozens of big, national and international companies including BBC Sport, ITV Granada, Kelloggs, TalkTalk and BUPA.

Get to know Salford 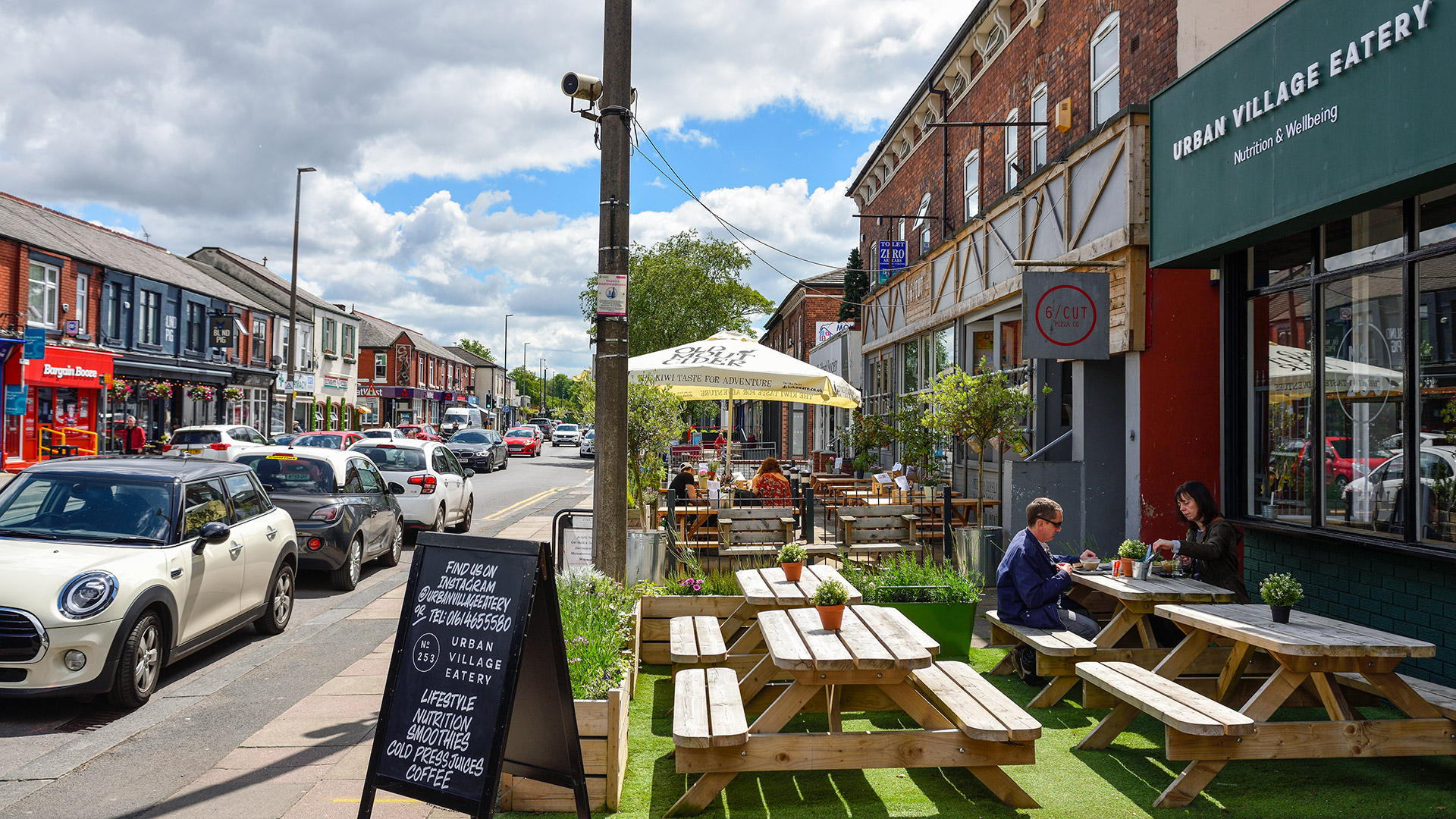 Salford’s growth has seen it become one of the most sought-after office locations for business in the northwest. It is home to dozens of big, national and international companies including BBC Sport, ITV Granada, Kelloggs, TalkTalk and BUPA.

The influx of business since the start of the 21st century has helped to transform Salford into a vibrant, modern city, thriving with business.

One of the things that Salford-based businesses benefit from is Salford’s great level of accessibility. Served by a series of great road connections with the nearby M602 linking up to the M60, M61 and M62, Salford’s location enables you to reach various major motorways within minutes.

The Metrolink provides an excellent form of public transport. With Salford now co-ordinated by Transport for Greater Manchester (TfGM), the Metrolink, or tram as it’s known locally, is a well-respected and reliable way to travel. Salford has multiple Metrolink stations and is accessible via three lines: – the Eccles, MediaCityUK and the brand new Trafford Centre lines. Salford is also well served by traditional rail with Salford Central and Salford Crescent stations receiving people from all over the northwest. 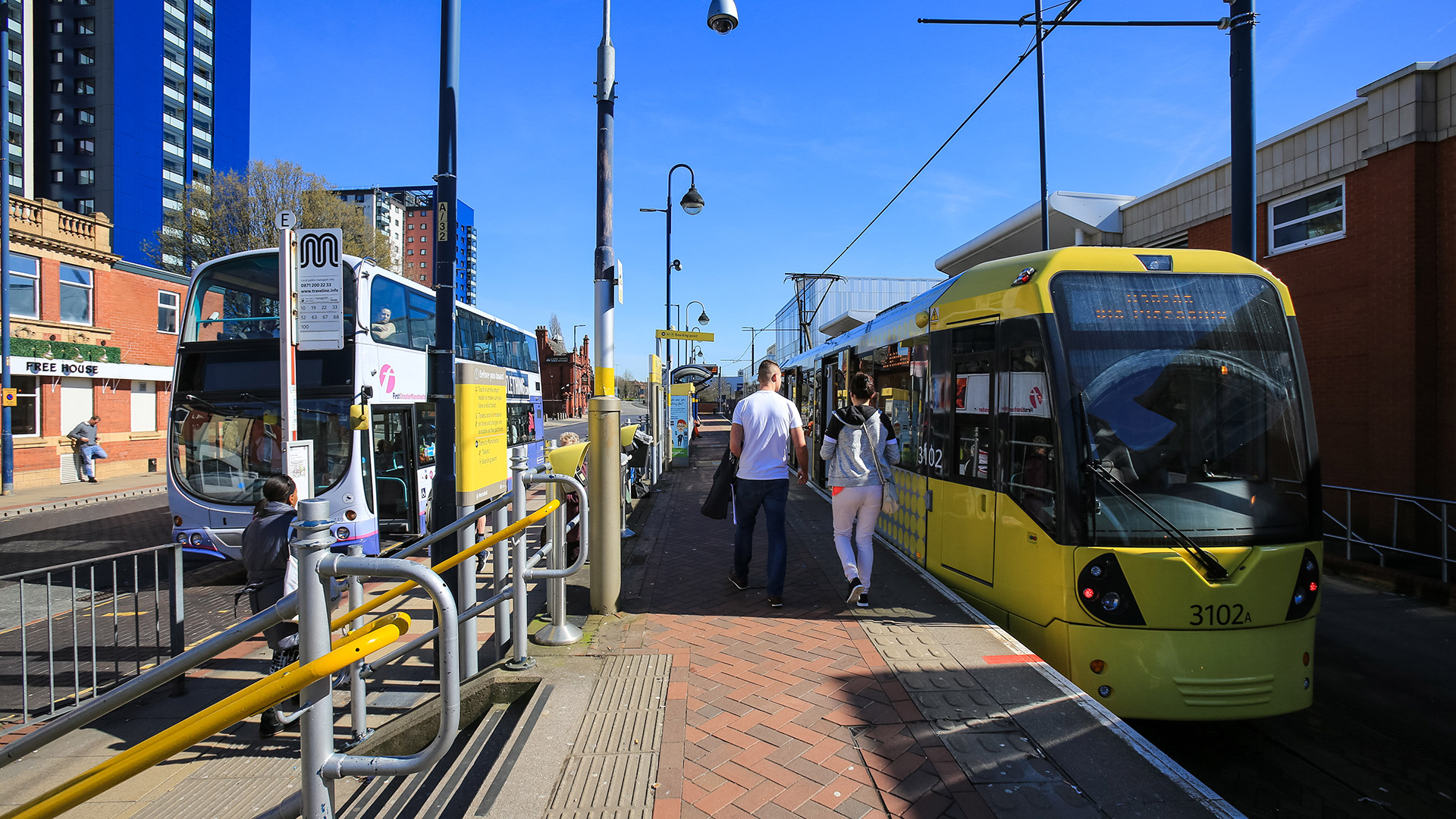 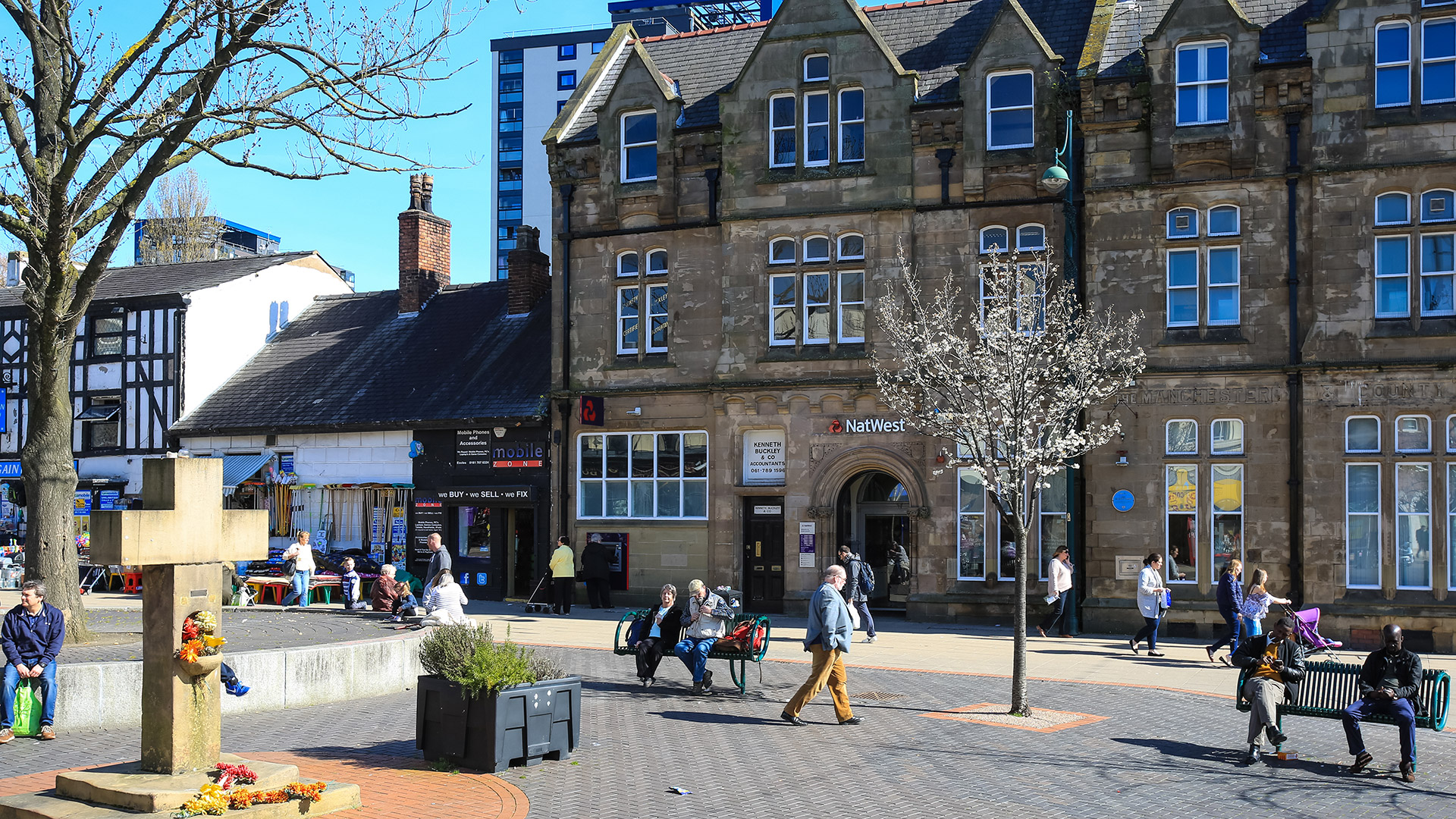 Commuter connections are second to none

There is also a very reputable bus network which connects Salford with the likes of Wigan in the far west and Manchester in the east via the slick and modern V1 Vantage bus. The V1 bus is a relatively new mode of transport and has its very own bus lane along the East Lancashire Road, operating a quick and efficient commuter service. It starts daily journeys from Wigan at 4am and runs until 11pm. These ways of reaching Salford are excellent and help to make this a great location for business.

Eccles in the Borough of Salford hosts many diverse commercial businesses, most likely due to its connectivity, with its own Metro, train and bus stations all serving the town. This means the city centre of Salford Quays is easily reached in minutes from Eccles town centre.

Monton brings a café culture lifestyle outside of the city centre

Monton is a small village just next door to Eccles with a bustling high street filled with independent retailers, restaurants and bars giving it an al fresco feel. It is of particular appeal to young professionals looking for the café culture lifestyle without being in the city centre.

Salford has a fascinating heritage and is home to the picturesque Worsley village, Bridgewater Canal, the Grade 1 listed Ordsall Hall and the incredible Lowry Theatre. The Quays, however, is the jewel in Salford’s crown. As a spectacular waterfront destination, it boasts some incredible architecture with The Lowry, Imperial War Museum North and MediaCityUK as well as the Lowry Outlet Shopping Mall.

We have three properties based in Salford; St James’s House and City Approach 1 & 2.

Eccles has great transportation links and provides all the amenities you could need and more. The cafes and retail outlets on our doorstep are perfect for employees to grab some lunch and there are a range of quality restaurants and bars in nearby Monton that are suitable for business lunches and evening gatherings alike.