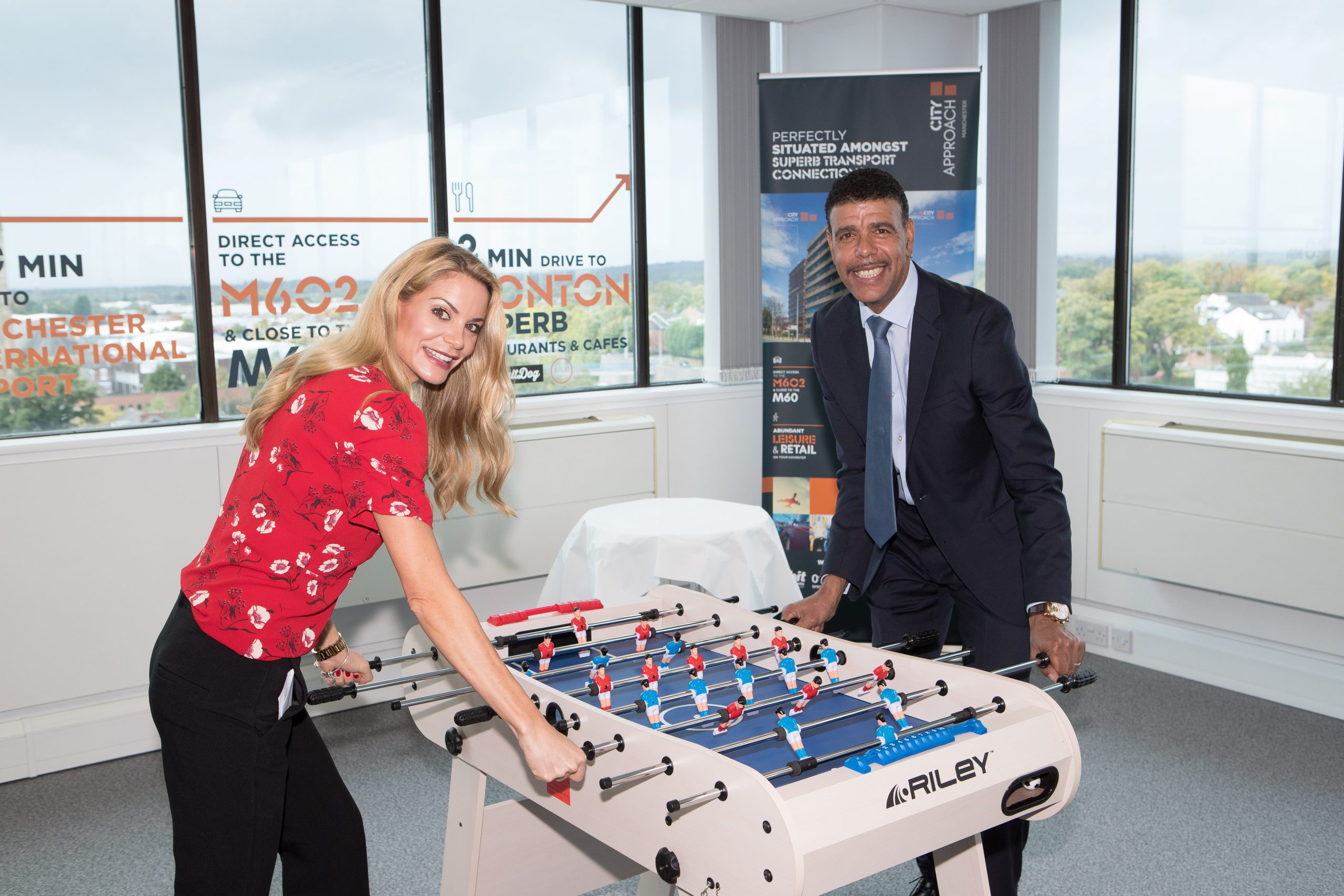 Over 40 of the region’s leading property agents attended an invitation only event to meet the celebrity guests, view the refurbished office space and see the new marketing campaign designed by Richard Barber & Co.

Led by Orbit Developments’ Leasing Director Dean Richards, attendees heard an overview of the positive changes in Orbit’s property portfolio and benefits of choosing Eccles as a business location.

Situated on the M602 on the approach to Manchester city centre, City Approach is in a highly prominent location with almost unequalled transport connectivity to anywhere else in Greater Manchester with Eccles town centre offering train, bus and Metrolink public transport services in addition to easily accessible road links.

Although he is best known for his live pitch-side punditry of premier league football matches on Sky’s Soccer Saturday, Chris Kamara is also co-presenter and football analyst for Sky Sports Show Goals on Sunday and presenter on ITV’s Ninja Warrior UK and talked about his career development from being enlisted in the Royal Navy, becoming a professional footballer and manager of Bradford City.

“Throughout the rebranding and repositioning project, we have invested a lot of time, money and resources into the buildings at City Approach and really wanted to put the development on the commercial property map.”

“Eccles is overlooked as a business destination, yet it has so much to offer companies looking for an easily accessible and great value office base.”

Commercial property agents Canning O’Neill are retained on the scheme.

“The launch event was a great success, attracting Manchester’s property agents who had never visited the property before.”

“Positive feedback was received from all attendees in terms of the both the plans for the 1 and 2 City Approach and the value for money that the office accommodation can offer an occupier.”

“City Approach is a very attractive alternative to schemes in Salford Quays or Old Trafford for the more cost-conscious business, whilst simultaneously providing high quality and presentable office space.”